Avian infectious bronchitis (IB), caused by a gammacoronavirus, is an OIE-listed (List B) disease and characterized by respiratory and renal involvements, causing high mortality, and economic loss in both layers and broilers. In comparison with other diagnostic methods, real-time polymerase chain reaction (RT-PCR) and conventional RT-PCR are potent, more sensitive and faster techniques for infectious bronchitis virus (IBV) detection. This research was conducted to detect IBV using specific primers of IB in three governorates (Basra, Thi-Qar and Muthana) in the south of Iraq. Tracheal specimens were collected from 46 IB suspected commercial broiler flocks. XCE2+ and XCE2- Primers, which amplify all IBV serotypes, were used. Primers MCE1+, BCE1+ and DCE1+ were used to amplify the specific nucleotide sequences of Massachusetts, 793/B and D274 genotypes, respectively. The results of real-time RT-PCR of this study showed that 34 (74.00%) out of 46 infected flocks were positive to IBV. The results of nested PCR showed that 50.00% and 5.89% of positive samples were belonged to genotypes 793/B and Massachusetts, respectively, and the remaining positive (44.11%) were unknown. The results indicate presence of Massachusetts and 793/B IBV strains in commercial broilers in southern Iraq. 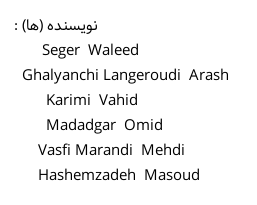